When should you introduce a Child to Money?

Money plays a significant role in our everyday life and offers plenty of opportunities to discuss whether with a toddler, school going age child or teenager.

Greek philosopher Aristotle said, “Money is a guarantee that we may have what we want in the future. Though we need nothing at the moment, it insures the possibility of satisfying a new desire when it arises.” 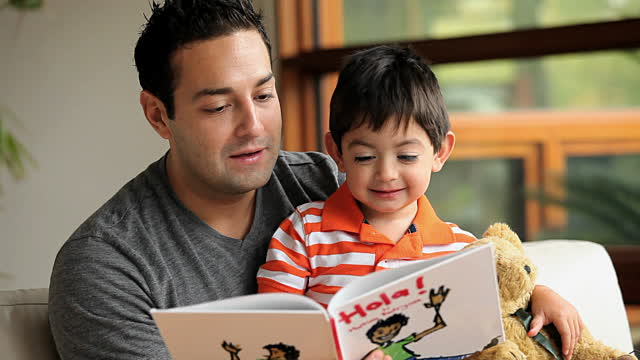 Since children are curious by nature, it is more likely that they ask about money matters. The question of when should a child be introduced to money matters, is one that lights up a fire  among many people depending on one’s beliefs, culture and custom.

Mr Newton Butereba, a financial advisor and wealth coach at House of Wealth notes that parents need to realise and know that there is no degree or diploma in financial literacy.

Whether from Primary One to Primary Seven, Senior One and senior six or university during their third year, children come out as accountants, marketing managers, social workers, architects and doctors among others but do not necessarily financially literate.

He notes that if you delay and introduce your child to cash while in High School, it will be wrong because then they are struggling with relationships.  At university, people are thinking more about starting a home.

Buteraba says he lives by example on the issue of money with his daughter. He notes that the idea is to know about money and relate with it.

“When I leave money on the table, she picks it and brings it to me. This helps her realise the value of money, how it is saved, how it is made, planned for and invested.

In addition children need to realise that at a time T, they will experience losses. They must be ready to embrace the time for profits and losses within the business. Money could also be stolen or that they might need to pull resources together for a financial cause.

He says it is the role of the parent to monitor and balance habits of a child to money. “Parents should be mindful of the habits their children are developing,” he notes. The purpose is to teach children to earn money and appreciate the value of money.

Mr Butereba says, “The idea is to introduce her to a payment reward system of something as simple as cleaning the house or to as big as exporting so that she can get paid.”

He notes that although the child cannot differentiate how much she is currently earning, she is simply appreciating the value of her money which she can use to buy something she wants. This means a child starts working towards achieving his/her goals and stops asking for money from the parents.

In addition, if a child wants to get data bundles, they will not just be given bundles to waste. But rather, they can use their money and experience the sweat of failing to utilise and plan accordingly.

Mr. Godwin Juma, business development manager at ‎Riyo Trading and Contracting Co Ltd, says any parent with children aged 9 to 11 should find a way of engaging them in income generation without affecting their education cycle.

He recalls how a parent once asked him, ‘My child really does not have to work. Why should I encourage them to take part in money making activities? Is it necessary?’

He says that when information, including financial knowledge, is withheld from children, they grow up with the consequences of being left out of problem solving opportunities, making them shy away from financial responsibilities in future.

“If you want your kids to be responsible for pursuing their own passions, include them in real life decisions and discussions,” he says.

“Children who master experiences that offer reward for work tend to have greater self-confidence and self-worth than those whose primary activity has been to consume or satisfy themselves.”

To make entrepreneurship attractive to children, parents should expose them to opportunities early. Exposing children to entrepreneurship at a younger age, helps them develop a good work ethic, discipline while understanding the need to make hard choices for example a girl selling more cookies because of waking up early every morning.

Researchers agree that children who start earning early have an easier time mastering financial skills than their counterparts who aren’t required to work for payment until after secondary or tertiary education.

When do you pay a child?

He urges parents to engage children in income generation. For example, hire your children for personal projects such as cleaning their room should be a normal responsibility. But planting seedlings, helping a neighbour or cleaning your drawer deserves payment.

In addition, keep a list of possible projects for cash posted in the kitchen. “If your children complain of boredom, let them select a project and earn money for saving, spending or investment,” he says.

Mr Juma further adds that parents should be on the lookout for entrepreneurial instincts in their children, for example, it may present itself as a form of play, talent or unique passion like crafts, painting, sports, music or playing an instrument. It is such passion that turns them to money making ventures; and helps them make a business plan (costs, pricing, markets and methods of marketing).

However, Mr. Ronald Kalema the Katabi town council chairperson partly disagrees with the notion of parents having to pay their children, saying, the move is most likely to turn children into future lazy humans; who may not be willing to work for any charitable establishment.

“Besides, children ought to learn that home work is part of their responsibility as a pay-back for the shelter, clothing and school fees among other necessities provided by parents or guardians,” contends Mr. Kalema.