Culture, Religion obstacles to the elimination of GBV 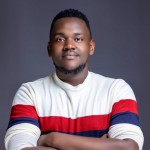 Ugandan civil organization, Forum for Women in Democracy(FOWODE) has revealed that the elimination of Gender-Based Violence (GBV) is obstructed by cultural and religious factors.

In a study conducted by FOWODE, it was established that cultural and religious societies sustain patriarchal values that manifest violations of women’s and girls’ liberties resulting in sexual and gender-based violence.

The participating legislators were implored to long for gender-inclusive budgets in order to curd the growing trends of GBV in the country.

Laura Nyirinkindi, who is the Vice President at FIDA International (AFRICA), revealed that in order to achieve a world free of GBV, citizens must be empowered economically.

“It has been established that poverty is a key factor in the prevalence of GBV. Especially during the COVID-19 pandemic, men have resorted to violence in all its forms. The girl child and women are on the receiving end of this impunity. And the police have been unable to respond accordingly. Therefore justice has not prevailed.” Nyirinkidi explained

Among the mitigation measures fronted by the legislators is the introduction of contraceptives to teenagers to offset the teenage pregnancy problem, but the lawmakers are skeptical that the country is ready to have this conversation.

“Rolling out contraceptives for school going children to arrest the spiraling numbers of teenage pregnancies may spark controversy in the religious and cultural domained,” Bugweri Woman MP, Racheal Magoola explained

“Therefore parents need to open up to their children about the consequences of their sexual behavior. We need to involve them in this dialogue.” Magoola suggested

Bukomansimbi North MP, Dr. Christine Ndiwalana urged the government to allocate more funds towards GBV and as well monitor and evaluate these intervention.

“Victims of rape and defilement victims need to be rehabilitated, in order to give them hope and change the way they see themselves. Our teenage mothers should be able to start over again, get back to school without being discriminated,” Ndiwalana said

According to statistical data shared by FOWODE, 35% of girls and 17% of girls that took part in a survey revealed that they had been subjected to GBV.